No, it is not a new type of iPhone, or video recorder, or measurement, or even the launch code for your nearby missile silo.  Give up trying to guess what DRD4-7R is because it is so small, so tiny, that you will never touch it.  It could be inferred that cats have it, but that assumption would fall short when they returned home, every time.  No, it is not explicitly manifested in any animal on Earth and it cannot be found in any plant or stone.  But it is indeed part of our human wiring.

Many times throughout my adult life I have asked myself Why am I so intrigued with new things, new places, new feelings, and new people?  Why do I start to get restless over a long period of time seeking new adventures?  I accepted long ago that I have this Marco Polo type personality; I love to inquire.  I love to explore!  Why?  If you understand the purpose and nuances of goalkeepers in sports, like hockey or my lifetime sport soccer, then you’ll understand this one:  why did I choose to, no persisted in playing the position of goalkeeper?  What sane person wants objects hurled or kicked at them hard?  Then the other day I read a fascinating article in the January 2013 issue of National Geographic magazine ironically asking and answering my same questions!  This totally explains my addiction to everything National Geographic!  More please!  I read further.  Ah, dopamine.  It’s the dopamine!  Hmm, duh. 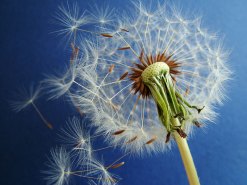 For those of you with a slight variant of dopamine than perhaps I and others may have, dopamine “is a neurotransmitter that helps control the brain’s reward and pleasure centers.  Dopamine also helps regulate movement and emotional responses, and it enables us not only to see rewards, but to take action to move toward them.  Dopamine deficiency results in Parkinson’s Disease, and people with low dopamine activity may be more prone to addiction.  The presence of a certain kind of dopamine receptor is also associated with sensation-seeking” according to Psychology Today.  Not so coincidentally, though I am not an “addict,” several of my extended family members are addicts…as well as my sister.  I guess I selfishly stole most of it from mother’s womb before my sister could snatch any.  I know she’ll argue this, but I was always quicker than her!  And not surprisingly, several laboratory studies in Europe, Israel, and the U.S. have found that a lack of the 7R variant is linked to depression or lower motivation.  I found this result very interesting.

As I continued to read, in my mind all the dots — from the broad picture down to the microscopic — were connecting and making perfect sense; perfect harmony like a homecoming.  But not permanent!  A homecoming and going!  And my fascination with bird cages — naturally with an open door or no door — now made sense too.

Am I an orchid thriving in stimulating environments, or am I a dandelion that manages to adapt and survive in harsh environments?

Perhaps the better question would be could there be hybrids of the two?  David Dobbs has written several articles on this gene and the genetic-cultural roots of human temperament, and is the writer of this National Geographic article that has captivated me.  He explains:

“If an urge to explore rises in us innately, perhaps its foundation lies within our genome.  In fact, there is a mutation that pops up frequently in such discussions:  a variant of a gene called DRD4, which helps control dopamine, a chemical brain messenger important in learning and reward.  Researchers have repeatedly tied the variant, known as DRD4-7R and carried by roughly 20 percent of all humans, to curiosity and restlessness.  Dozens of human studies have found that 7R makes people more likely to take risks; explore new places, ideas, foods, relationships [guilty in the 1st degree there!], drugs, or sexual opportunities [should I say it again?]; and generally embrace movement, change, and adventure.  Studies in animals simulating 7R’s actions suggest it increases their taste for both movement and novelty.  (Not incidentally, it is also closely associated with ADHD.)” 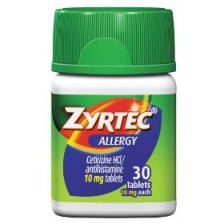 “Take one 10mg tablet once daily; for severe cases take with liquor in a Hazmat suit.”

In another March 2012 article on Wired.com, Dobbs further explains:

“This revisionist hypothesis is known variously as the sensitivity hypothesis, the differential susceptibility hypothesis, or the orchid-dandelion hypothesis — a term that Thomas Boyce and Bruce Ellis coined based on the vernacular Swedish term “dandelion children,” who seem to grow up okay in almost any environment; to that they added “orchid children,” who thrive under good care but wilt under bad. It is a young hypothesis, hatched 15 years ago and obscure for most of that time. But in the last two or three years it has gained enormous traction, spreading through behavioral genetics, child development, and anthropology.”

At this point in my reading and research I feel as if I’m reading parts of my biography or journal called This Is Who I Am and Why.  It helps me at least process further and understand so many how’s and why’s, like Why have I been unmarried most of my life?  Have I not been hanging around long enough in the right flower or weed gardens!?  Does this explain my need for Zyrtec at certain times and circumstances of the year! Geeezzzz.  It does make sense:  like a love-hate thing for the beauty of new outdoor places, but then you discover all the annoying bugs, insects, reptiles, and yes, inevitably Medusa!  No, I’m kidding…..about nature’s creatures.  Hah!

On a serious note however, geneticist are also associating the 7R variant, and another:  the 2R, back to our ancient ancestors in Africa 70,000 – 50,000 years ago.  For a quick tutorial read my post Our Family Reunion.

Anthropologists suggest that this minority of humans are the reason mankind migrated out of Africa; to find new sources of food and a different way of life.  Scientist do know that astronauts or cosmonauts, or whatever title the sponsoring group bestows on their explorers/adventurers, 7R is definitely found in their genetic code.  They are the risk-reward breed and today they are found in many walks of life.  On a spectrum left to right 1 through 5, left being pure orchids (1)….right being pure dandelions (5), I am firmly a two if not one-and-a-half.  I most definitely get restless after long periods of routine.  I am not saying I am ADHD and can’t focus — on the contrary I am very task-oriented — but I am most certainly not a permanent settler!  This is probably why I have some, umm, excuse me….(ahhh-CHOU!) dandelion in me:  I am happy to adapt….to what I want to adapt to….and as long as a few other Bohemians are around, then I will be first in line!  Let’s go!

Are you an orchid or a dandelion?  Or perhaps something in between?  And why?