At only $270 to $375 for a 50-gram bar, or just over 1.7 ounces, you can savor the confection which is fantastically unique, crazy delicious, and the rarest chocolate made on the planet today. It is unadulterated pure chocolate with a small dose of sugar cane.

The Ecuadorian To’ak Chocolate Company (pronounced Toe-Ahk) produces the luxury bar from the extremely rare Arriba cacao or Theobroma cacao, a tree previously thought extinct. Theobroma means ‘food of the gods’ in Latin and this tree only grows naturally in the tropical regions along either side of Earth’s equator in South America or West Africa. Connoisseurs describe this particular variety of cacao as having rich extravagant flavors and floral hints than any other known varieties. To’ak Chocolate, however, is not only eaten, but can also be made to drink from their finely ground powder.

The To’ak method of production is to ferment the cocoa beans for at least two-years or more. The Vintage 2014 edition was aged for three-years in 50-year old French oak cognac casks. To’ak has also aged their dark chocolate in Laphroaig Islay whisky casks. As part of their growth model, the Ecuadorian chocolate company has partnered with Washington State University researching tannins. And if you think you might visit, see it with your own eyes, smell the aromas with your own nose, immediately taste with your own tongue, then do so while staying on the cacao tree-farm at Finca Sarita up in the trees for only about $15/night. But do not wait too long. A witching hour is afoot.

Witches’ broom is a fungal disease that attacks the T. cacao tree and like many waves of ecological problems and devastation, humans brought the disease onto these rare trees. In order to maximize bigger mass production of cocoa beans in the early 1900’s, industrialized nations and their titans of industry transplanted enormous monocultures of the T. cacao trees onto plantations in South and Central America. Unknowingly and unscientifically this put the trees at risk with unfamiliar pathogens to its immune system.

[Witches’ broom] has since spread throughout the Neotropics. Ten years after first being spotted in Bahia, Brazil, nearly 75 percent of the native cacao trees have been eradicated.

Witches’ broom disease is named for the abnormal, broom-like outgrowths that appear on infected trees. The disease cycle begins when spores of the fungus, which are dispersed by wind and water, enter the stomata—the pores of a tree’s leaves—or lesions on a tree. With high humidity and moisture, the spores germinate, and the tree undergoes severe physiological and hormonal changes, which divert the plant’s energy from normal growth to the production of the brooms.
— New York Botanical Garden Science Talk: https://www.nybg.org/ 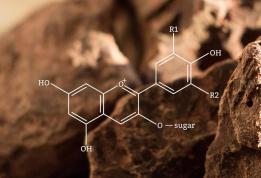 As of 2015 there is no cure for Witches’ broom.  Consequently, the T. cacao variety might very well go extinct in a decade or two. Cacao farmers and botanists led and funded by their corporate executives have attempted to develop genetically modified, WB-resistant cacao trees with a cultivar named CCN-51. But it was unsuccessful in the end causing the cocoa to taste “like rusty nails or dirt,“ if you know what that tastes like. Hence, this is the purpose for doses of sugar, vanilla, and/or cream. In To’ak’s fermenting method, whiskey and cognac divert any bitterness lingering in the beans. From To’ak’s webpage:

As chocolate-makers who also appreciate both wine and whisky, this struck us as an interesting concept. Winemakers and whisky distillers have been using the phenomenon of aging to their advantage for centuries. In the world of chocolate, the concept of aging had never been thoroughly examined prior to To’ak’s aging program. Starting in 2013, we initiated the world’s first-ever long-term aging program for dark chocolate, with some of our chocolate currently in it’s fourth year of aging. Since that time, we’ve consulted winemakers, enology professors, sommeliers, molecular scientists, conducted phenolic analysis in partnership with the enology department of Washington University, and experimented with twelve different aging vessels in countless different forms and conditions. Every year, we release to the public our finest expression of aged chocolate as one of our Vintage editions.

Would anyone reading want to go in maybe 50/50 or better, 80/20 with me on purchasing some of the finest dark chocolate and cocoa powder on the planet, probably in the universe? If I can’t get down there to visit and sleep up in the trees, I might just have to stop torturing myself, break open my piggy-bank and experience this Chocolat des Dieux.