When American news journalists and American congress members, or CIA Director Leon Panetta, fill the news wires and networks with the angry incessant question, “How did the Pakistani military and officials not know Osama Bin Laden was living so long within a stone’s throw of their military base?” my blood-pressure begins to rise and my skin turns flush.  After a few deep breaths I recollect myself and return to my normal positive demeanor.  However, I am compelled to mention these important points about the Pakistani gaps in their population which I hope can shed some light.

Asking the stated question above from a purely Western-developed nation and mindset demonstrates an incorrect perspective of the average rural Pakistani in light of their governmental, military officials, and socio-economic living. 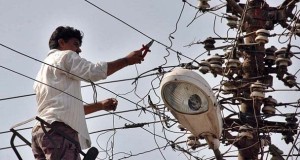 Pakistani television worker taps into nearby electric pole without any safety gear or equipment.

First, let us gain perspective of the average Pakistani standard of life.  Released on November 4, 2010 the United Nation’s report on Human Development Index around the world from 169 member nations (including Pakistan) compiled measures of four major life-standards:  life-expectancy, literacy, education, and standards of living.  The report is a sufficient means of measuring human well-being, especially child welfare.  More importantly and ironically, this index was developed by Pakistani economist Mahbub ul Haq in 1990.  Based on the four life-standards of life-expectancy, literacy, education, and standard of living, of the 169 countries indexed Pakistan ranks #125.  Pakistan ranks as one of the ten lowest HDI’s on the Asian continent, their neighbor Afghanistan being the lowest.

What does this mean about the average Pakistani citizen, particularly some of those sectors sympathetic to Al-Qaeda?  As is the case with most stagnate developing nations or impoverished nations, the standard of literacy and education – to name just two – are nothing like those of western democratic developed nations, especially the United States.  Therefore, assuming that the town Bin Laden was hiding is NOT sympathetic to him and Al-Qaeda, it is reasonable to assume those people around his compound either had much more important life-concerns or simply did not have the “investigative where-with-all” to tip-off the Pakistani officials.  Bottom-line, it is misinformed to think or assume the Pakistani military and security officials would receive quality help from the general population, if any at all.  Hence, they are essentially working alone and without thousands of literate eyes, ears, and mouths.

Finally, Western journalists and American Congress members must keep in mind that not only do two-thirds of Pakistanis live below the poverty line; typically “democratic” Muslim nations work on a different social system than the U.S. or other similar countries.  In other words, in Pakistan and most other under-developed or developing Islāmic nations (e.g. Tunisia, Egypt, Syria, Libya, etc.) wealth, education, literacy, and remaining factors of the HDI, typically resides among the ruling families and/or governmental officials.  As has recent North African and Middle Eastern civil revolts demonstrated, there are HUGE socio-economic gaps between the have’s and the have not’s.  And as is typical in less-than developing Islāmic countries, high competency, literacy, and education remains traditionally among those sectors with influence and power…and like it or not America, in the case of Bin Laden’s whereabouts not being known by Pakistani officials, that socio-economic and literacy GAP is no better illustrated than now.  A divide this size and this volatile is too often ripe for extremist anti-West, anti-American, and anti-capitalist cultivation.  Many Pakistani people who are devout Muslims, not only believe vehemently that several of their own rulers are corrupt and subservient to U.S.-India designs, but take it further to extreme stating in no uncertain terms that Islam is the only legitimate challenger to the world’s “current chaos, inequality, despotism and international disorder – all a consequence of Western liberalism (Capitalism).” (from Khilafah.com). 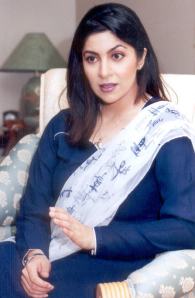 It is no stretch of the imagination that the distance between the Have’s (i.e. Pakistani government & military leaders, not foot soldiers) and the Have Not’s (i.e. Bin Laden’s neighbors) is a bitter untrusting gulf.  And don’t forget that the Pakistani people, police, and government are dealing with murdering Taliban extremists in their northwestern regions bordering Afghanistan, AND violence in the Jammu and Kashmir regions bordering India, AND let’s thrown in again two-thirds of the population below the poverty-line.  It is unrealistic to expect the Pakistani police, military, and government to run as smoothly, efficiently, stealthy, or with the same interest and zeal as the American counterparts.  Pakistan’s Ambassador to the U.S. said correctly and candidly, “America can’t find Whitney Bulger, so why do you expect us to locate Bin Laden?” (from Jeffrey Goldberg, correspondent for The Atlantic; click here).

Two historical perspectives are relevant here.  Today Germany is one of the most economically successful nations in Europe.  Their Human Developement Index  is ranked #10 of the 169 countries indexed.  Over seven decades ago, however, Germany was on the brink of bankruptcy and mass unemployment, demographically not unlike Pakistan today.  We all know too well who raised himself (and those closest to him) into singular power and control.  Hitler and his Nazi SS members waged one of the deadliest world wars in history.  Yet out of these darkest decades in Germany’s past were pockets of German-born non-Jew patriots resistant to all that was Nazi:  one example, von Stauffenberg and Operation Valkyrie; the unsuccessful 1944 assassination attempt on Hitler.

More relevant to our treatment of Pakistani officials — and intimately closer to America than Germany — is what took place on April 19th, 1995 in Oklahoma City, right here on our own soil….by an American born caucasian and a former member of the U.S. Army, Timothy McVeigh.   His two accomplices were Terry Nichols and Michael Fortier,  both Americans as well and both former U.S. Army soldiers.  These three American caucasian, U.S. military men killed/murdered 168 innocent lives, including 19 children under the age of 6, and permanently disfiguring more than 680 people.

In light of recent events with another more illusive terrorist in Pakistan found and killed, it begs the question, why did our own FBI and CIA members with enormously MORE resources than Pakistani police and military can only DREAM of having…not stop these three American militants right here in our own backyard?

America, Congress, and U.S. news journalists, let’s give the Pakistani leaders and people some slack.  They are dealing with an entirely different scope of civil mentality, illiteracy, and socio-economic caste system that very few of us here in the U.S. can fully appreciate.  Stoic patience and carefully articulated dialogue would be very prudent during this time.