Gaily bedight,
A gallant knight,
In sunshine and in shadow,
Had journeyed long,
Singing a song,
In search of Eldorado.

But he grew old—
This knight so bold—
And o’er his heart a shadow—
Fell as he found
No spot of ground
That looked like Eldorado.

And, as his strength
Failed him at length,
He met a pilgrim shadow—
‘Shadow,’ said he,
‘Where can it be—
This land of Eldorado?’

‘Over the Mountains
Of the Moon,
Down the Valley of the Shadow,
Ride, boldly ride,’
The shade replied,—
‘If you seek for Eldorado!’

My wonderful daughter is soon graduating from four years of university. I could not be more proud. I reflect back to the summer of her upcoming freshman year and the many questions and discussions we had about what major to pursue and study. It is perhaps one of many far-reaching decisions facing all undergraduates. For some, it is a time of the highest anxiety they must address in their budding lives. I know, I’ve been there. Many of us have been there, right?

In a modern economy and job-market that has increasingly become highly specialized the last three decades, a new graduate likely wants to make a decent high wage to at least have the ability to pay-down college debts. While examining today’s competitive labor market, it isn’t much of a stretch or mystery to conclude that once your vocation has been decided, the choice could very well set in concrete the next 10-20 years of your working life, years that cannot be refunded! Oh and by the way, the job-market is usually dictated by what finicky consumers want and how they spend their incomes. Mix into that career-path-anxiety healthy doses of follow-your-heart advice, which often does not translate to 6-digit paychecks, and a college graduate begins perspiring and shaking. Oh and by the way, since 1995 the U.S. median income for four-year college graduates has remained pretty constant at about $47k per year according to the National Center for Education Statistics. Unless a new graduate with 3 or 4-years of tuition-debt lands a minimum annual income of around $70k to $80k quickly, they will not be able to keep up with inflation, cost-of-living with rent or a mortgage, likely loan interest, let alone raising toddlers, they will NOT be able to get ahead on $47k per year. If they are financially frugal and wise, they must put those dreams on hold until that high-wage career is landed, if it is landed. Enter more stress.

A career-path is indeed a huge ordeal and can possibly make or break a person. It is not to be taken lightly. But what are the driving forces behind the decision? What sort of life will those driving forces actually create?
(line break)

We now live in a part of the world, the Western Hemisphere, where wide choices of labor are unparalleled in the history of civilizations. At first glance, one would think this is a good thing. On many levels the advancements in medicine or technology, to name two, are indeed far and beyond other progressive ages of the past. They are two of many explanations for the planet having close to 7.3 billion humans to date; a number close to the tipping-point of what Earth can sustain. Why?

Two major factors have been the social evolutions of increased democracy and wide-spread education. These two alone have contributed greatly to the end of feudalism and eventually ushered in the Industrial Revolution leading workers out of the fields and into mass urbanization. Families went from hard subsistent living to higher social mobility and liberation in the span of one century! But with so much labor and social change come newer problems; some with hints and roots of old problems.

In the West where much of these advancements have taken place, workers are the unhappiest since the end of World War II. In two of the continents of labor-liberation, over two-thirds of Europeans — primarily in central and southern Europe — are dissatisfied with their jobs according to OPP Unlocking Potential in Oxford, U.K. In America 52.3% are unhappy — all of those workers being in the middle and lower incomes of the nation — and the happiness-scale has been falling since 2011 according to the New York-based non-profit research group The Conference Board.

The foundation of the Industrial Revolution was laid by ideals and theories published in the late 1700’s. Economists David Hume and Adam Smith, along with botanist Henri-Louis Duhamel du Monceau, combined to create the earliest stages of manufacturing by the Division of Labour. Essentially this philosophy means turning a product or service from start to finish by one person/family, instead into many phases done by multitudes — highly specialized worker ants/bees, if you will — for the sake of Queen and country…and job-security. Today, those Queens, Kings, and countries are business corporations. 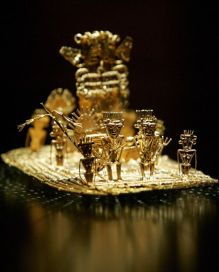 Since the 1950’s and certainly after the Great Recession of 2008, as the previous stats indicated, Hume’s, Smith’s, and Monceau’s economic philosophy no longer satisfies the common-worker in the West. Very soon the same will be said, if not already, in the Middle and Far East. Indeed, the basic material needs of modern Western civilizations have been met post-WW2, or at least made more easily available to the less-privileged. However, with more freedom, more liberties, more competition, comes more and more shrewd marketing schemes and modern funding into Special Interest groups pressurizing all levels of legislation by those who stand to lose much more. In million and billion-dollar economics, ethical integrity by the major players becomes a risk they cannot or will not take and the winds of change apply only to an upward swerve of their bottom-line.

Yes, incomes and wages in Europe and North America over the last two centuries have been rising. They have reached their highest points in history for more than just the nobility and the wealthy few. Yet, it stops there. Along with clever complex psychological marketing, the average life-satisfaction surveys, or well-being stats, are surprisingly still flat; especially the last thirty-years! What has happened?

“I came to get gold, not to till the soil like a peasant.”
— Hernán Cortés

In 1504 the collapse of the Aztec Empire of central Mexico marked the beginning of Imperial Spain’s Golden Age, literally. Cortés and his Conquistadors made off with wagon-loads of gold and silver catapulting he and his men — who back home had little to lose — into a new socio-economic class otherwise unobtainable. With that new status came not only heightened respect and popularity, but their native Empire’s greatest glory and colonial land expansion. What followed in the 1600’s changed the world forever:  the Age of Exploration. For the peasants and servants of 17th century Europe, the hope of an entirely new life with riches either in land or wealth, or both, was too great to pass up. They came to The New World by the never-ending boat-loads.

Many immigrants were unaware of the great risks blinded by the glitter of the legendary stories. Disease, hunger, and angry natives protecting their homelands put the new settlers in harms way and the expeditions literally as do-or-die endeavors. In the modern era, the similar obsession, perhaps disguised as the dream, is the amount of time American workers spend on the job. The Bureau of Labor Statistics reports in 2013 that the average U.S. employee between age 25 and 54 works almost 9-hours a day, 7-days a week, for a total work-week of 63 hours; the most out of all industrialized nations.

The highest-earning occupation in the U.S., attorneys-at-law, have the highest rate of depression and suicide as reported by magazine Psychology Today and a 1990 John Hopkins University study of 100 occupations. Perhaps shocking or not so shocking, lawyers are followed next by teachers and counselors, then secretaries according to the Journal of Occupational and Environmental Medicine 1990. Yet, still today universities across the U.S. report steady or increased enrollment into their law schools and medical schools, and not so surprising decreased enrollment into their schools of education (NTP 2013 Title II Reports) and counseling (BLS 2014 Occupational Employment). Care to guess why?

The dream of El Dorado has been the most commonly propogated and sought-after-dream sold to the masses by the Queens and Kings of the world. My 4-part blog-series Oversimplification 2012, as well as The Land of Opportunity? post, both address this modern El Dorado scheme in-depth. Fortunately, a new growing trend for more purpose in life beyond simply wealth and success is emerging. In my next post, El Dorado – Part II, I will explore further how and why the trend is growing, and warn against the biggest counterfeits of “a better El Dorado life.“

Have you discovered an empty “El Dorado” recently? How did you uncover the mythical town?