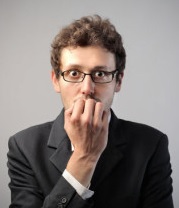 Questions are good in order to better understand. What is so special about today? It is indeed April Fool’s Day (April 1st), but it is also Easter Sunday. However, April Fool’s and Easter together won’t happen again until 2029. Finding answers or at least finding compelling or plausible answers are very good for better understanding our world, even understanding human nature (the observer) much better. Are we astute observers and astute inquisitors? Do we astutely reason and infer to formulate astute maps, astute blueprints, or astute subsequent questions?

I want you to try your best to answer these following questions about Easter and see how many you get correct:

Please feel free to leave your answers in the comments below to determine whether you are a fool on Easter-April Fool’s Day or an informed fool or neither. 😁

Footnote — read what acclaimed scholar Dr. Bart Ehrman has to say about the folklore of Easter, resurrection, and what Jesus did or did not teach in my follow-up blog-post:  An Easter Reflection.

39 thoughts on “April Fool’s Everyone!”