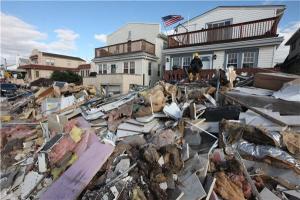 “Some 270,000 Killed by Indian Ocean Earthquake and Tsunami.”

“90,000 Burn to Death after Mount Tambora Erupts in Indonesia.”

“Fed Up God Torches Two Cities Burning Thousands of Residents to A Crisp!”

Of the six news headlines above which ones do you think derive from actual data and first-hand accounts?  Did you choose three?  Did you choose two?  If you are very well read, you might have chosen all six headlines.  If you are not only well read but also more reasonable, then you would have chosen only five headlines as accurate.  But mixing and comparing journalism of today with ancient storytelling from then is not such a labor of futility as one might think.

Interpreting events is done through two lenses:  one is subjective and influenced by the viewer’s own personal and historical experience; or two it is objective, void of the viewer’s personal experiences and opinions; which can seem unrealistic when considering human nature but not entirely out of the question.  Is that it?  Are there only two?  I would like to add a third lens:  collective.  In other words, viewed and checked, as well as open for future checking, by cumulative relevant data.  This third lens is an amalgamation of the previous two.  For example, an expert reporter in culinary arts, an expert reporter in interior design, and an expert reporter in Danish climates and transportation all combine their experiences and expertise to give us the most fabulous arrival, dining, ambiance, and cozy evening of eating that could ever be hoped for.  And it was accomplished by a collective lens.

Depending on which lens is used there are Judicious, Entertaining, or Advertising Derivatives

ProPublica is a non-profit independent news firm dedicated to providing investigative journalism in an industry that has become increasingly proliferated with opinion and corporate agendas.  Their mission statement goes in part like this:

“In the best traditions of [quality] journalism in the public service, we seek to stimulate positive change…We do this in an entirely non-partisan and non-ideological manner, adhering to the strictest standards of journalistic impartiality.  We won’t lobby.  We won’t alley with politicians or advocacy groups.  We look hard at the critical functions of business and of government… [and also] institutions…”

Such a noble mission of reporting and investigative journalism, however, that M.O. would not have been commonly understood or embraced by the small group of exiled Hebrews who compiled the Torah in 2nd and 1st century BCE Arabia and Mesopotamia.  But if you had to choose between the lenses mentioned and described earlier, which of the three lenses would you think the books of the Torah were written through?  For that matter, which lens was used to scribe the entire canonical bible western civilization popularized?  Pardon the following C+C Music Factory reference…

Things That Make You Go Hmmm 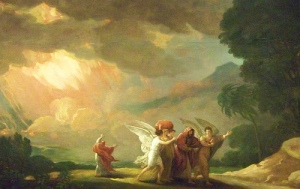 Most of us are familiar with the biblical story of Sodom and Gomorrah.  We may also remember that the bible story implies that every single resident was depraved and unholy.  It can also be reasonably inferred that this ‘divine judgment’ included the infants and children of the two cities.  What town or village, past or present, has no infants or young children?  If you would like to read the entire story, the passages in Genesis read like this depending on which version you select; this link is the Mishnah Torah Code by the Mamre Institute in present-day Israel:  Genesis 18:16-19:29.

Quickly paraphrasing the biblical story, Yahweh was willing to spare both cities for the sake of fifty righteous residents.  However, because Lot and his family were surrounded by such moral filth and because the two visitors he was protecting from an immoral mob, Yahweh felt that Lot, his family, and His ‘chosen people’ would become too influenced by all the evil.  Hence, Yahweh rescues them before raining down fire and sulfur, obliterating both cities and every single living thing in them and nearby.  From these verses millions of reading and taught followers gain theology and a strict moral compass about sexuality.  Oddly enough, the specific sexual act inferred from the verses is later omitted or overlooked in the Ten Commandments.

There are always three sides to every story:  Yours, Mine, and the Monday Morning Newspaper

Geologists have long been puzzled by the landslide remains in the valley of Ötztal, Tirol, Austria.  For centuries they had considered the cause(s) as inconclusive but possibly that something impacted the mountain due to pressure and explosion evidence.  This was the commonly accepted cause of the Austrian landslide until two engineers subjected a copy of a much older Sumerian clay tablet to their cosmic-trajectory program.  What followed was completely unexpected. 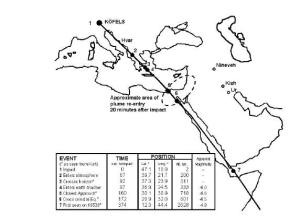 Alan Bond and Mark Hempsell of Reaction Engines, Ltd and Bristol University respectively, created a computer program that could not only track the exact trajectory of objects in space, but can also reconstruct the exact position of stars thousands of years in the past.  With this precise mathematical knowledge they were able to translate the 700 BCE Sumerian astronomer’s tablet-copy recording an event in the night sky of June 29, 3123 BCE.  The tablet also notes that the object was large enough to be seen in space well before the event of June 29th further revealing the angle of approach into the Earth’s atmosphere.

Coupled with historical geological data of asteroid impacts or airbursts of asteroids, and forensic science, many scholars find it very plausible that the debris field of the 3123 BCE asteroid blast – equivalent to ~ 20,000 times greater than the Hiroshima atomic bomb – sprayed burning sulfur and stone over the Mediterranean Sea and onto northern Egypt, the Arabian Peninsula and up to the Dead Sea (see diagram right).  The Dead Sea area is generally agreed to be where the ancient towns of Sodom and Gomorrah are located.

Does this mean that myths, tales, and legends of old about an angry God or gods are creations of men’s minds to help them calm their fears of a very volatile fragile world around them?  Has the recent advances of media-telecommunication technology enabled more scientists to more quickly share, collaborate, and hence collectively theorize about the data…improving the accuracy of science’s answers?  Are there more of these recent scientific discoveries?  Yes, I have already shared a few under the category of History, and will gladly share more in the near future.

Changing Our Lens of the World

Research and rebuttals continue about Bond and Hempsell’s findings, but the consensus is gaining favor.  One particular discovery would close the case.  If rock or asteroid-debris in the Levant region of the Mediterranean is confirmed to be the same rock and debris found at Köfels, Austria then there would be little left to conclude about the “cause” of Sodom and Gomorrah’s fiery end.  If we apply the same cause and source of Sodom and Gomorrah’s demise to the first five news headlines above, then that says New Jersey-New York, Sri Lanka, Indonesia, India, and all of 14th century Europe and Eurasia, were all filthy unholy people — infants and children included — deserving of horrific death.  That type of rationale seems to me very extreme; i.e. curing a headache by decapitation.

With that said perhaps mankind can start to revise, maybe overhaul their ancient beliefs in a jealous, temperamental, homicidal God that originates from only ONE region of the planet and from only a small part of Hebrew books/testaments selected from a library of many sacred Judeo scriptures.  Assuming that one supreme God exists, can we really know Him from ONE book, from ONE tiny narrow lens?  Liken this dilemma to a fine restaurant and you are given an abbreviated menu; one single-sided page.  Around the restaurant you see other patrons reviewing menus of three two-sided pages.  You must ask yourself, “How much do I really know?“