A rabbit’s foot, a rosary, black-eyed peas on New Year’s day, ghosts, witches, vampires, devils and angels, are all beliefs or superstitions which thrive in human brains. Why?

As noted in the previous post, our brains work on an average 12.6 watts per “normal” day awake. The brain must work very efficiently in order to maintain a good survival-rate for the rest of our body on a mere 12.6 watts of metabolic-energy. It makes deductions, connections, and inferences, spotting patterns and drawing conclusions, and makes predictions into the immediate and near futures. It stores this information for later too, sometimes accurate, sometimes partly accurate, and sometimes completely inaccurate. It also trashes or blocks information for what it perceives as the “best survival mode,” or the worst, for the moment or later, right or wrong.

Superstitions can bend or change history. In 1976 NASA’s Viking I orbiter took around 50,000 high-resolution photos of the Martian surface never seen in such detail by human eyes. The mission to the red planet was to find evidence of possible life. One particular image seemed to clearly show a giant face with two eyes, a nose, and a mouth that measured approximately 1-mile in width. Observers immediately began seeking answers, seeking meaning to why and how the face was there. Many of the explanations were that an advanced species of aliens had built the face. If anything this NASA photo convinced much of the public that extraterrestrial life was at least probable. A vintage 19th century photo of a couple became a sensation in art galleries because it possessed an oversized “Jesus-head” superimposed on the man (see slide show). Whether the gentleman in reality had his daughter on his knee, people could not see anything else in the image accept the large head.

The imagined perception of a pattern or meaning where it actually does not exist is called pareidolia. Dr. Nouchine Hadjikhani of Harvard University says this neuro-phenomena has been hardwired over several 100,000 years into our brain. We try to detect faces from birth. Hadjikhani’s studies show that newborns direct their attention toward general facial features as opposed to random shapes. Neuroscientist Joel Voss at Northwestern University explains that to make sense of an image we “assign meaning to them — usually by matching them to something stored in long-term knowledge. But sometimes things that are slightly “ambiguous” get matched up with things we can name more easily — resulting in pareidolia.” This is a product of our own expectations or desires, also called self-generated illusions. And often, once you get them embedded into your head, it is very difficult to unthink them. We have an evolutionary tendency to construct order out of perceived chaos because chaos is seen as a threat to survival. Hence, “death” has a plethora of human illusions and superstitions attached to it. Can you name a few?

Believe it or not, your brain lies to you a lot. And believe it or not, falsehoods and history go hand in hand, both on a personal as well as a global level. Whether you’re comfortable with it or not, it is practically impossible to know exactly what is fact or what is fiction, or a version of it somewhere in between.

A well told story can make a person believe in almost anything. Case and point, Orson Welles and the Mercury Theatre on the Air enactment of an alien invasion of Earth broadcasted on the radio in 1938. This mass hysteria caused by the radio broadcast was later retold as “never before seen in the annals of news broadcasting!” But in reality the numbers of panicked listeners were insignificant due to another much more popular radio show, The Chase and Sanborn Hour airing at the same time. Only a tiny audience was actually listening to Welles’ Mercury Theatre. The asserted “nation’s hysteria” was sensationalized and inflated by none other than the major newspaper corporations who had been losing large amounts of advertising revenue to radio. Seizing upon the retribution opportunity provided by Welles, they launched a discrediting campaign against radio newscasts. Otherwise, the “panic-inciting” War of the Worlds broadcast would have never become an overgrown myth. The Salem Witch Trials would be another case and point to the power of well told stories of fiction (fear) versus facts.

Why do political candidates practice public speaking, body language, and appearance to their TV or campaign-tour audiences? Why do major fashion and cosmetic companies hire celebrity endorsements for advertising their products and services? Why do sporting companies like Nike or Under Armour do the same? It is called the Halo Effect and it permeates our decision-making all the time.

The halo effect is not only evident purely by appearances either. It can be shown by personalities. For example, a job applicant with an outgoing friendly personality will on average be rated by an employer as intelligent, competent, and qualified more times than one with an introverted quite personality. And even being aware of the halo effect does not guarantee your perceptions or decisions can avoid it. Diminishing its influence takes a lot of disciplined cognitive training to counter it because our own sphere of influence and highly subjective life experiences often dictate our decisions between real, the possible, and the unreal or impossible.

What Must We Do? 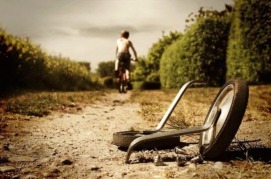 The first thing we must do is to accept the reality that our brain and its perceptions and interpretations of our self, the world in which we live, and the nature of others can be irrationally conceived. Like it or not our brains are naturally narrow-minded beginning at birth, through our childhood and adolescence, and into young adulthood. To an ever-growing extent our perceptions and conceptions are solely dependent upon many variable factors. Factors such as social, environmental, educational, political, familial, or psychological, telling the observer (us) what is being observed or being sensed. This is known as extrapolation.

The only way to reduce extrapolation, variances, or estimation, and gain more truth and precision is to test, question, and verify, sometimes repeatedly with new or modified factors. And the only way to move beyond the relative known… is to depart for the unknown. Otherwise, our brains are more susceptible to deception, superstitions, ambiguity, and flawed memory which can lead to a life not fully lived, or worse lived falsely. Besides, what are you or would you be really leaving? After these two blog-posts of how extremely limited and flawed our brains are, do you even know, with certainty, what life would be best and what life worse…honestly? Untie yourself, depart, and find out.

The next post in this series will be Untapped Worlds — Entries.
(line break)