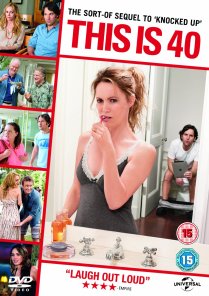 Everyone can relate to the changes our bodies traverse one decade to the next. Changes? Perhaps the better word is brawls. At thirty-nine my physician informed me in no uncertain terms what I had medically to expect and monitor by regular checkups and tests for a white male in his forties in “good health.” These tests and checkups would vary and change into my fifties in order to search for common and uncommon anomalies before they became unmanageable.

Honestly, I wondered then the benefits of telling a patient, a person, in a number of different contexts what possible ailments await them in the exciting future of preventative/reactionary medicine and treatments. How much should we know? How much CAN we know? Is it possible to know too much? Is it detrimental to know too little? More importantly, what are the effects on the mind and body of “too much” or “too little“?

This past August I was heavily persuaded to register for a Life-Line Screening October 7th. I conceded because there was no denying my last FULL physical exam was done over 17-years ago. As a few of my blog-posts attest — e.g. Snip-Snip and Done! — I become a messy blob of shivering jello around needles, syringes and all things designed to stick in, open up, modify, simplify, or rectify the human body. Just the name of this screening (Life-Line? Are you freakin’ serious?) frightened the SHIT out of me! I obsessed, “If they perform this god damn screening at a funeral home or next door to or near a funeral home, I was prepared to do an immediate 180° turn and sacrifice my $350 to the god and altar of Fuck That.“

When my name was called by the nurse (named Temple; I kid you not) to start matters upon me, I immediately asked “When would be a good time to tell someone about my history of feinting since a boy?” With a warm grin she replied, “Oh? Now.” She was not only extremely attractive, near my own age, and chatting with a sweet sense of humor, everything seemed a silly figment of my hyper-nervous imagination with her by my side! As she took my measurements, including around my waist, my pulse and blood-pressure rose. Indeed, in a most natural way of course. Then she moved me to a station and chair where there was a large open-container of needles and collection tubes. Everything, inside and out of me changed. And as if that sight was not enough, she wants to take my blood-pressure before sticking me for vials of blood.

I feel my palms getting clammy as she wraps the velcro-band around my bicep. Pump, pump, then the hissing… “Hmm,” she says with slight bewilderment, “that’s not so good. Is it all these needles and vials?” I inhale deeply, “They don’t help.” Temple begins giving me relaxation instructions, how to breath and to go to my “happy-place.” Umm, that would be out the nearest door… with you, I think to myself. “Okay.” I take several long deep breaths. She takes my blood-pressure a second time, then has to record it. She tells me with minor certainty “It’s a little better than before.” But waiting to be lead to the next station, she announces my name (to everyone in the church conference room) “We need to take your blood-pressure again. It’s too close to ‘Critical’.” What is going on? I think I feel better because the “needles” I perceived there were only the microneedle finger prick cases. I made it through that station with flying colors!

Despite my lifelong embarrassing history of feinting around such objects in such places, there is a profound silver-lining to this post. Mind over matter, or what I’ve changed to Mind and Matter. Specifically the placebo effect on the human body and brain.

The Theater of Performance and Belief

For several thousands of years we have all engaged in a performance of relief to make us feel better. On the flip-side, we have all participated at various points in our life things we do not feel pleasurable about, but as necessary or unavoidable like I did for the Life Line Screening after 17-years. Others do it for some “expected” result. In some cases, and I’d say in most cases, we find ways to get addicted to relief… or a feeling of relief through belief of betterment even though it may never come to fruition in real life or this pre-mortem life.

Ted Kaptchuk of the Harvard Medical School says based on his decades of research that knowingly participating in a performance, which has no guaranteed desired results, activates regions of the brain to manage undesirable or pain symptoms.

“This new research demonstrates that the placebo effect is not necessarily elicited by patients’ conscious expectation that they are getting an active medicine, as long thought. Taking a pill in the context of a patient-clinician relationship — even if you know it’s a placebo — is a ritual that changes symptoms and probably activates regions of the brain that modulate symptoms.”
— Dr. Ted Kaptchuk, ScienceDaily.com, Oct. 2016

However, he and many medical researchers observing the placebo effect state the performance of expectation is a key component to improved symptoms or “healing” in test studies. The experiments have shown over and over that with a supportive patient-practitioner relationship, along with all the props and costumes of a medical-theatrical stage, improved or successful outcomes were induced from self-relieving, self-healing brain processes, not placebos or necessarily pharmaceuticals.

“The [theater of performance and belief, i.e. placebo] results were not surprising: the patients who experienced the greatest relief were those who received the most care. But in an age of rushed doctor’s visits and packed waiting rooms, it was the first study to show a “dose-dependent response” for a placebo: the more care people got—even if it was fake—the better they tended to fare.”
— Harvard Magazine, The Placebo Phenomenon, Jan-Feb 2013

But there’s more. A related study conducted by Karin Jensen of the Karolinska Institute, Stockholm, Sweden has found it didn’t matter if the test participants experienced clearly visible or non-recognizable stimuli. According to further studies, they indicate that mechanisms responsible for placebo and nocebo effects can operate without conscious awareness of the triggering cues, i.e. theater. In other words, it is not what a person thinks will happen, it is what the non-conscious mind anticipates, despite any conscious thoughts. Dr. Jensen goes on to say…

“Such a mechanism would generally be expected to be more automatic and fundamental to our behavior compared to deliberate judgments and expectations”, says Karin Jensen. “These findings can help us explain how exposure to typical clinical environments and routines can activate powerful health improvements, even when treatments are known to be ineffective.”
— Dr. Karin Jensen, Placebos Can Be Activated Unconsciously, Karolinska Institute, June 2015

Hospitals, clinics, apothecaries, even fitness gyms are common venues for the Theater of Belief. There are hundreds if not thousands of groups and locations to harness the power of expectations, all with varying levels of observable efficacy. Tanya Luhrmann of Stanford University carries this phenomenon a step further. She includes sanctuaries and congregations of “divine” worshipping…

Luhrmann suggests that “belief is natural. It comes partly from the way our minds are hardwired.” She has spent most of her professional career deconstructing people’s interaction with a divine being. Her findings say that belief-based relief/healing requires not only a good theater, a riveting story, but also the earnestness of an active listener — someone with the desire to make what is being performed and imagined FEEL real. She goes on to emphasize that “humans have the capacity to change their experience.” It is why authors of popular fiction become best-sellers literally overnight — their readers engross themselves in the story, in the theatrical performance.

Personally, I see no reason at all to exclude religious fervor for the divine, or for sacred scriptures, or for objects or miracles to be any different from the Theater of Belief at hospitals, clinics, apothecaries, fitness gyms, and yes… at churches, synagogues, or mosques.

Throw in Peer Assimilation and…

The power of group-belief and the theater of performance, whether based in fact, placebos, or verifiable data, can be easily demonstrated by religious pilgrimages. Every year some 5-million pilgrims make the journey to Lourdes, France for the seasonal Our Lady of Lourdes’ Healings. The Black Madonna pilgrimages all over the world are another example which attracts millions of believers every year. The annual Hajj pilgrimage to Mecca, Saudi Arabia by over 2-million Muslims is one of “the five pillars of Islam.” Then the largest pilgrimage of all religions, the Maha Kumbh Mela to Allahabad, India occurs every 12-years and draws approximately 120-million Hindus. Pilgrims essentially attest to the same purpose or expectation, and ‘all are here for personal reasons, but all are here for each other as much as themselves.’ The more they feel they belong to a popular trend, the more they are convinced it comes from divine sources. If this doesn’t perhaps offer one definition of strength in numbers, then what does?

It seems that not only are you what you eat, or do, or consciously think, you can also be what you believe or expect, whether it is based on anything verifiable or not, especially if thousands or millions think and perform alike and with you, or you with them, then that performance and expectation makes it feel real for that individual! What an amazing revelation, borrowing the popular term. These neurological psychological studies can help explain why I have an aversion (to say the least) to all things designed to stick in, open up, modify, simplify, or rectify the human body. But on a bigger scale these neurological psychological studies (placebos) can also explain a long long history of humanity’s most brilliant and blind, most virtuous and vile of human acts. Agreed? Disagree? Let me know below with your comments.

For further details and studies go to My Library page:  Bibliography – Mind and Matter
as well as this 2001 Newsweek article.

39 thoughts on “Mind and Matter”